The two LÄPPLE AUTOMOTIVE sites in Heilbronn and Teublitz are supporting the current Ukraine-Russia conflict with donations and aid convoys. The Teublitz plant donated 1,000 euros from its social fund, which is filled by the workforce, and Heilbronn added 250 euros. The management of LÄPPLE AUTOMOTIVE increased the amount to 4,000 euros. 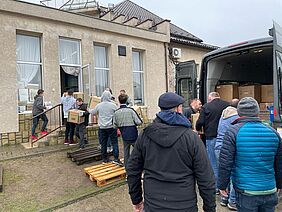 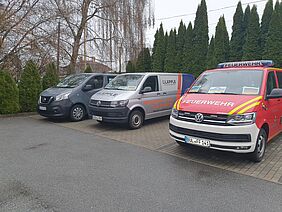 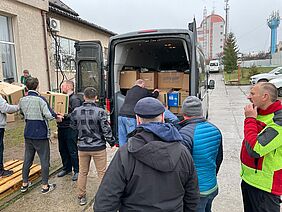 Thomas Bruckschlegel, employee in logistics at LÄPPLE AUTOMOTIVE, drove twice to the Ukrainian border to Colny Priestor to deliver relief supplies, hygiene articles, sleeping mats, sleeping bags, children's toys, food and camp beds together with 11 other people from companies in the area. The first time the helpers were on the road with a 40-ton truck. The second trip on March 31st began at 8 a.m. at the town hall in Maxhütte and led in the direction of Austria, via Hungary and Slovakia to the border at Colny Priestor. The VW bus in which the helpers were traveling was donated by LÄPPLE AUTOMOTIVE.

Thomas Bruckschlegel and the other helpers took 11 Ukrainian refugees back to Germany and brought them to the old restaurant Brauerei Bischofshof, where the accommodation for the refugees is provided.

"People simply have to be helped," Thomas Bruckschlegel explains his commitment, and continues: "Because I am in the Burglengenfeld volunteer fire department, I have a helper syndrome anyway. And I am glad that I can support with it also in the current situation".

We use cookies to personalize content and ads, to provide social media features and to analyze access to our website. We also share information about your use of our website with our social media, advertising and analytics partners. Our partners may combine this information with other data that you have provided to them or that they have collected as part of your use of the services. You consent to our cookies if you continue to use our website.